The half-orc leader of the Liondrake's Roar's operations in Xen'drik

A well-dressed half-orc who bears the Mark of Finding

Taryn’aashta is a scion of House Tharashk who was recently appointed to take over operations of the Liondrake’s Roar in Stormreach, as the House wanted to make the mercenary/labour brokerage larger and more profitable. Under Taryn’s watch, House Tharashk has started to develop ties with the hill giants and goliaths; to date, the drow have shown no interest in working with the house.

While nominally Kurn d’Valdenan’s deputy, Taryn’aashta’s success improved his political position within the House, to the point where he gained significant power and the freedom to control the Liondrake’s Roar without question.

This freedom apparently gave Taryn the opportunity to engage in illegal (or at least unethical) activities. According to a letter found by the adventurers, he secretly imported a menagerie of fell taints from the Mournland, trading them to the Storm Hammers for a fortune in dragonshards. When Kaddik’s mentor Marik’aashta (a clan-mate/cousin of Taryn) found out about the smuggling and investigated, Taryn apparently captured him.

Taryn also colluded with the Storm Hammers, encouraging them to build their forces and become a threat to Stormreach that the Iron Watch could not handle; the Liondrake’s Roar would then stop them and replace the Iron Watch as Stormreach’s elite police force.

When rumours of Taryn’aashta’s illegal activities came to light, Kurn d’Valderan hired Kaddik and his fellow adventurers to find evidence and bring Taryn to justice. Althought Taryn went to ground, along with the paper trail of invoices and documents that would prove his wrongdoing, the adventurers managed to capture him and recover the evidence. 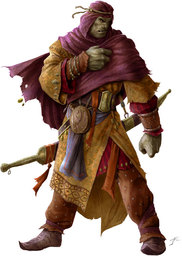