A 50-something human man in elegant clothes, with a platinum ring on each finger

Jaris Cantar is a wealthy shipping magnate and one of Stormreach’s most powerful and influential merchants.

As well as his business interests, he is also the head of the local branch of the Aurum, an international fraternity of wealthy history buffs and scholars. Cantar owns and operates the group’s lodge in Stormreach, which is in the Silverwall district.

Cantar has a strong interest in drow relics and artifacts, and will pay premium prices for such things. He has also been known to organise expeditions into Xen’drik, on behalf of the Aurum, for information and relics from the ancient drow and giant cultures.

Jaris Cantar is the sometimes employer of Caleb, who was employed by Aurum members in Sharn to find Jin’s stolen journal of arcane notes. Cantar has shown a more mercenary, less ethical side of his personality when dealing with Caleb. He also seems to have some ties with a minor criminal group called the Golden Lions, who occasionally work for him to find information or do business with the underworld of Stormreach. 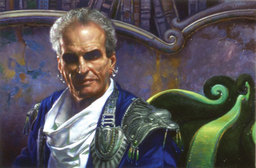