Island of the Writhing Horde

This small island in the Shargon’s Teeth is about half a day’s sail from Stormreach.

The island is home to a cult or community of snakefolk, the Writhing Horde. The cult managed to infiltrate House Lyrandar and divert ships to the island, where the passengers and crew were either sacrificed or turned into snakefolk using some kind of horrific eldritch device. 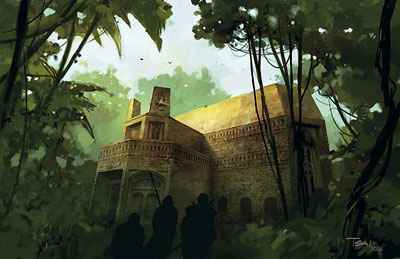 When The Kraken’s Keepsake crashed on the island, a small group of passengers – Alarich, Ballast, Jin, Neal and Spark – were able to fight and defeat the cult in a battle in an ancient lighthouse of the giants. But a great ziggurat, hidden deep in the jungles and swamps of the island, may be home to a greater force of snakefolk…

Island of the Writhing Horde