One of the last masters of the Way of the Iron Soul, and mentor to Sláine.

Áedan came to Stormreach with his pupil, Sláine, after wandering Khorvaire in the wake of the Mourning. He travelled with Sláine and other surviving adherents of the Way of the Iron Soul back to what remained of their monastery in the heart of the Mournland, but he decided not to join the others in their foolish attempt to rebuild. Yes, the Way of the Iron Soul is to seek hardship and face it, but he felt the Mournland was too evil a force to confront directly – proved, perhaps, by the wound he took during their escape, which has never healed properly.

In Xen’drik, Áedan found a challenge more to his liking – helping the people of Stormreach establish a foothold on the ancient continent. It was also his way to study mysteries, including the Draconic Prophecy, and surely there would be no end of mysteries to be found in Stormreach? Besides, his real obsession was the Mourning – and he believed its secrets would be unlocked far from Cyre.

When The Kraken’s Keepsake arrived in Stormreach, Áedan soon heard the story of the serpent cultists and the foul magics with which they killed Alarich ir’Cerfas. Sensing a connection to the energies that unleashed the Mourning, he investigated – only to find a group of armoured men stealing the body. Sláine and her new companions’ run-ins with the Storm Hammers and their mysterious leader Miraan further convinced Áedan that he was right to seek answers in Stormreach – though he did not, perhaps, tell all he knew.

His wound grew steadily worse, causing him to sequester himself in his quarters, but he agreed (at Sláine’s urging) to seek help – help which the Church of the Silver Flame eventually offered to give, though not for free. At the same time he put much of his learning into practice, drawing diagrams for a new martial technique, but before he could officially pass it on to his student, he vanished: seemingly kidnapped from his home, the only sign of his captors a trail of strange grey slime. His ghost-fighting prana was left behind, and Sláine vowed to use it to destroy the Fell Taints in Stormreach, and track down her master.

When Sláine and her companions eventually discovered the Storm Hammers’ ultimate plan to summon a powerful entity from beyond the worlds, they also discovered Áedan’s fate: the taint in his wound, under the influence of Miraan, had grown to control him, causing him to fight his student and her allies. Sláine overcame him, though, and he regained his free will – though the taint’s corruption only worsened. Seeing that the portal opened by the Storm Hammers could only be permanently sealed from the other side, and knowing that his wound could never be healed, Áedan stopped Sláine from attempting to close the portal, bid her farewell, and leapt through, doing his part to save Stormreach. The portal was successfully sealed, and Áedan is gone – presumed dead. His legacy lives on in Sláine. 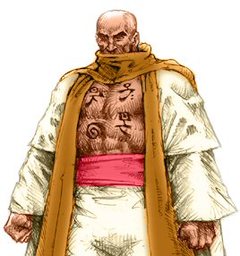